Archive for the tag “doxa”

Think about the sheer volume of messages we receive every day in the media, in our work lives, meant to sway our perceptions and beliefs. More and more the purveyors of “truth” are able to micro-target us to shape how we perceive our realities and to influence us to act, or not act, in accord with the messengers’ goals. They are sophists.

Frederick Copleston, SJ, in A History of Philosophy, Vol. 1 tells us of Plato’s allegory of the cave [bracketed additions are mine]:

Plato [in The Republic] asks us to imagine an underground cave which has an opening toward the light. In this cave are living human beings, with their legs and necks chained from childhood in such a way that they face the inside wall of the cave and have never seen the light of the sun. Above and behind them, i.e. between the prisoners and the mouth of the cave, is a fire, and between them and the fire is a raised way and a low wall, like a screen. Along this raised way there pass men carrying statues and figures of animals and other objects, in such a manner that the objects they carry appear over the top of the low wall or screen. The prisoners facing the inside of the cave, cannot see one another nor the objects carried behind them, but they see the shadows of themselves and of these objects thrown on to the wall they are facing. They see only shadows.

These prisoners represent the majority of mankind, that multitude of people who remain all their lives in a state of eikasia [the lowest state of knowing], beholding only shadows of reality and hearing only echoes of the truth. Their view of the world is most inadequate, distorted by “their own passions and prejudices, and by the passions and prejudices of other people as conveyed to them by language and rhetoric” [and, in our age, images]. And though they are in no better case than children, they cling to their distorted views with all the tenacity of adults, and have no wish to escape from their prison-house. Moreover, if they were suddenly freed and told to look at the realities of which they had formerly seen the shadows, they would be blinded by the glare of the light, and would imagine that the shadows were far more real than the realities.

However, if one of the prisoners who has escaped grows accustomed to the light, he will after a time be able to look at the concrete sensible objects [the broader realities], of which he had formerly seen but shadows. The man beholds his fellows in the light of the fire…He sees the prisoners for what they are, namely prisoners, prisoners in the bonds of passion and sophistry….

[Sophistry is commonly thought of as the use of messaging [word and/or image] intended to create false or, at best, partial truths; those shadows on the wall, that the prisoners take to be reality. The intended effects are to keep people mesmerized, manipulated and bound to the pseudo-realities being projected by the shadow masters]

This allegory makes it clear that the “ascent” of the line [consciousness] was regarded by Plato as a progress, though this progress is not a continuous and automatic process: it needs effort and mental discipline [in my thinking, not becoming cynical, but examining cherished assumptions, entertaining contrary perspectives and expanding our critical thinking].

And this from William Deresiewicz’s (2014) book, Excellent Sheep:

Society is a conspiracy to keep itself from the truth. We pass our lives submerged in propaganda: advertising messages; political rhetoric; the journalistic affirmation of the status quo; the platitudes of popular culture; the axioms of party, sect, and class; the bromides we exchange every day on Facebook; the comforting lies our parents tell us and the sociable ones our friends do; the steady stream of falsehoods that we each tell ourselves all the time, to stave off the threat of self-knowledge. Plato called this doxa, opinion, and it is as powerful a force among progressives as among conservatives, in Massachusetts as in Mississippi, for atheists as for fundamentalists. The first purpose of a real education (a “liberal arts” education) [or at the least an on-going “self-study”], is to liberate us from doxa by teaching us to recognize it, to question it, and to think our way around it. 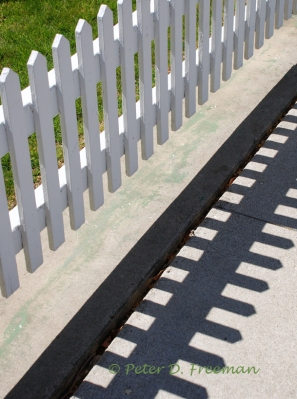